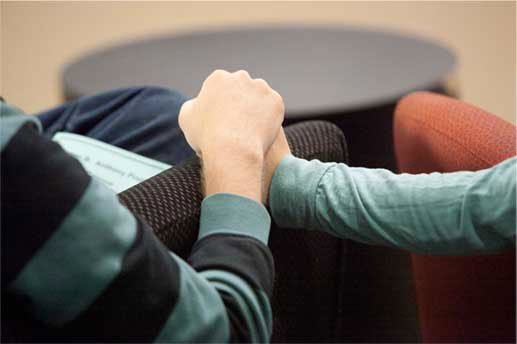 The vigil invites the community to come together to show support and give a voice to survivors and to honor victims of sexual violence. Additionally, the vigil offers SBAP the opportunity to recognize and thank community members who have collaborated and supported our work throughout the year.

Sexual Assault Awareness Month (SAAM) began in England in the late 1970’s with Take Back the Night marches – women only protests that emerged in direct response to the violence women encountered as they walked the streets at night. In 1978, the first Take Back the Night events were held in San Francisco and New York City.

Initially a woman’s cause, it wasn’t long before these activities expanded to include the issue of sexual violence against men and men’s participation in ending sexual violence.