Where Do You Stand?

The Where Do You Stand? campaign focuses on engaging Connecticut men in being active in the prevention of sexual violence.  The campaign was designed to utilize bystander intervention and equip men with the tools necessary to take a stand against all forms of sexual violence.

Where Do You Stand? empowers men to use their voice, influence, and actions to become a part of the solution, rather than being a part of the problem.

Why focus on men?

We believe that men play a crucial role in preventing sexual violence.  While only a small population of men commit rape, many men participate in the cultures that support, glorify, and justify violence against women and girls.

If every man worked to hold other men accountable, our society could be free from sexual violence.

Bystander intervention quite simply means having a willingness to take action when it’s needed. 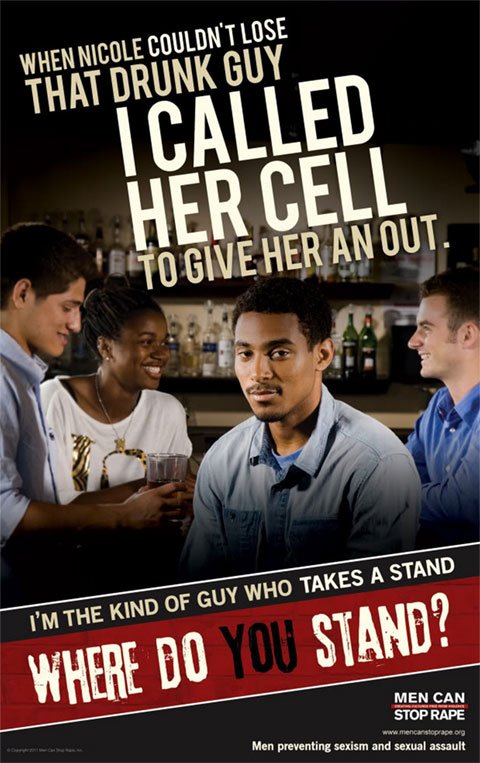